Under the cloak of secrecy, a pair of Peregrine Falcons adopted an Osprey Platform as a nesting site in 2002. Since the late eighties, a pair of Osprey had returned to this platform to raise their young.  Starting in the spring of 2002, the Osprey pair had been evicting wintering Peregrines that were using the platform as a vantage point and roost. Unfortunately, the Osprey pair did not return in 2002 for unknown reasons.  The wintering Peregrine was not driven off and they made their timeshare a permanent home.  On June 11, 2004, two downy chicks were seen on the nest platform.  This was the first record of Peregrine Falcons nesting in the marshes of the Town of Hempstead.

Since Peregrines are a New York State endangered species, certain protocols needed to be followed.  The Osprey platform was replaced with a roofed structure designated for this species in New York State, which better supports the typical habitat of a Peregrine Falcon, who prefers to nest in cavities on the sides of cliffs. Since then, this nest has been occupied by four different females.

These peregrines are not migratory; they are year-round residents that live in our marshes feeding on the abundance of bird species throughout the year.  They begin their nesting process in March, laying their first eggs usually by mid-March, with the eggs hatching by mid-April and the young birds eventually leaving the nest in the early part of June.  Visit the NYS DEC website to learn more about Peregrine Falcons.

This year, our Peregrine Falcon box sited in the Middle Bay section of our Hempstead Bay estuary, has a brand new pair.  Arriving in March 2022, our department's biologists identified a large un-banded female and a banded male.  The banding data allowed us to learn that the male was born in New Jersey in 2013.  The pair has laid 4 eggs, which will be incubated for about 29-32 days, and are expected to hatch in the first week of May. 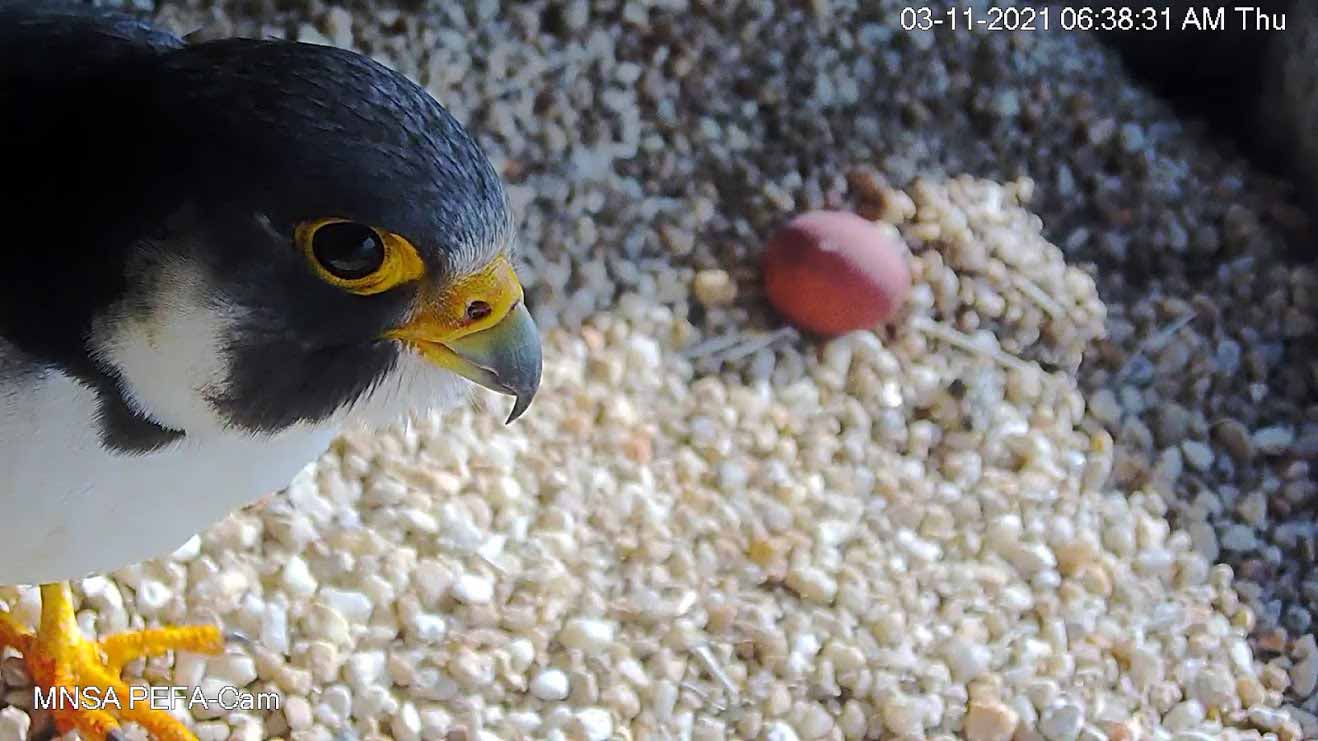